Don’t miss our latest messages, here is a list of them.

Job: When the Righteous Suffer 1

Job: When the Righteous Suffer 4

Job: When the Righteous Suffer 2

Job: When the Righteous Suffer 6

Job: When the Righteous Suffer 5

Job: When the Righteous Suffer 3

We are waiting to welcome you

Get in touch with us, send us your message.

Thank you! Your submission has been received!
Oops! Something went wrong while submitting the form

District 9 of the Texas Nurses Association

About the Broadcast Film

The story of Texas Nurses Association District 9 Nurses highlights the history of healthcare throughout the Houston area and Galveston. Celebrating over 100 years of professional, compassionate and often heroic service, the unique story of the Gulf Coast Region will be told in a one-hour primetime special and broadcast in 10 Texas counties. 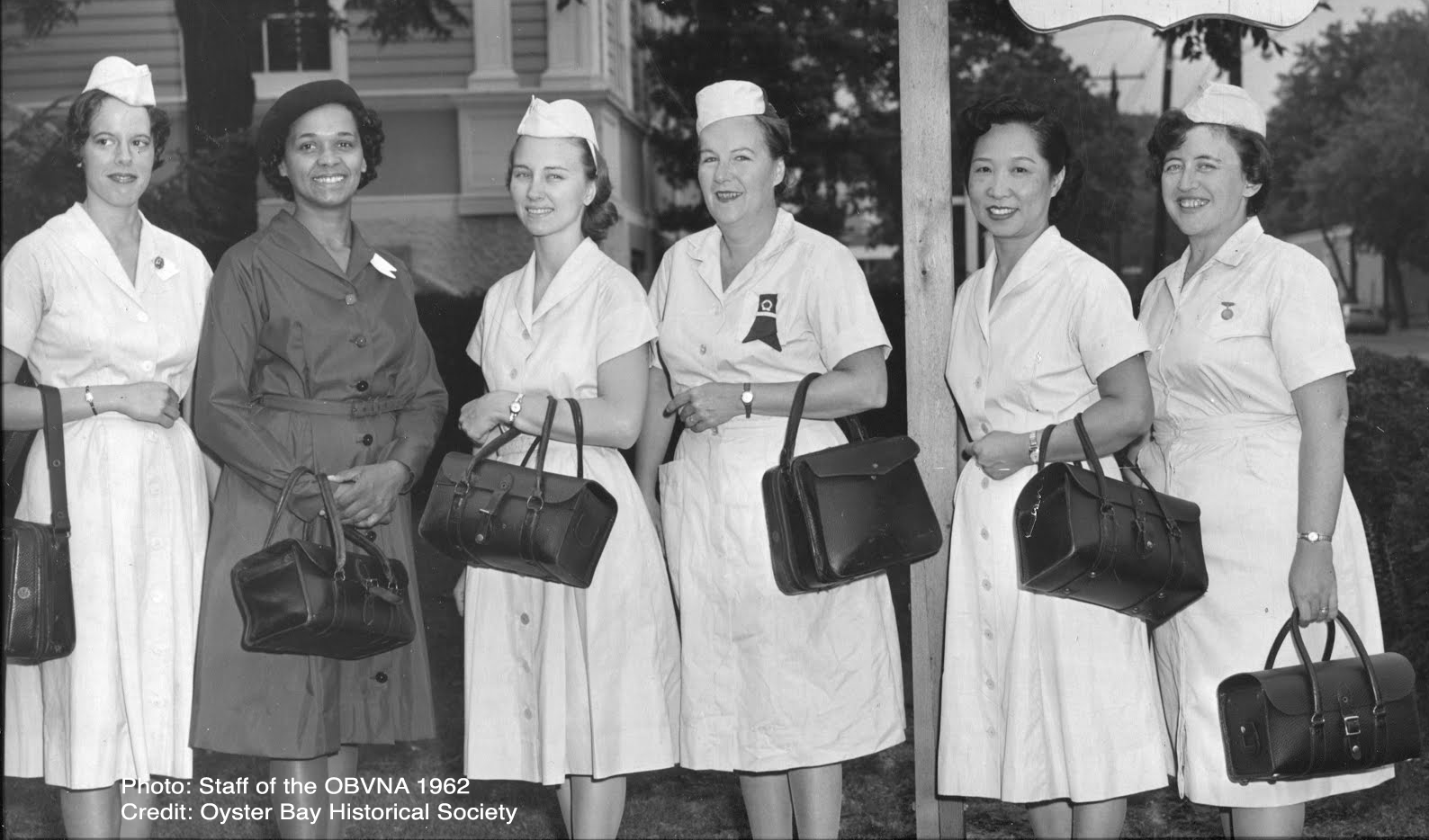 Here is a brief overview of the topics for our part: Community Health Nursing;

Interview: Karee Carter, 2017 winner of the Sabina Fritsch D9 Scholarship, who will give a brief summary of Sabina Fitsch, founder of the Visiting Nurse Association in Houston

Community and public health services led and provided by nurses in Houston & Galveston.
Interview expert in the field, such as Bets Anderson, faculty  of UTMB.

TNA D9  purchase of a group of cemetery plots at Forest Park Wayside Dr. in late 1920’s for nurses in need of a final resting place. Located on South Wayside Dr..; among the first plots sold at this cemetery and actively maintained. TNA D9 Nurse leaders buried there, including Sabina Fritsch. 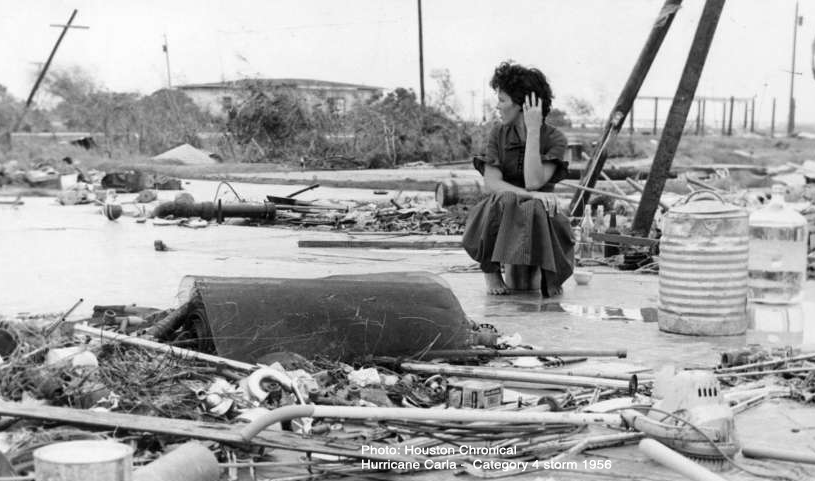 ‍
Working with all institutions/alumni associations to obtain nurse names that went through the disasters below: 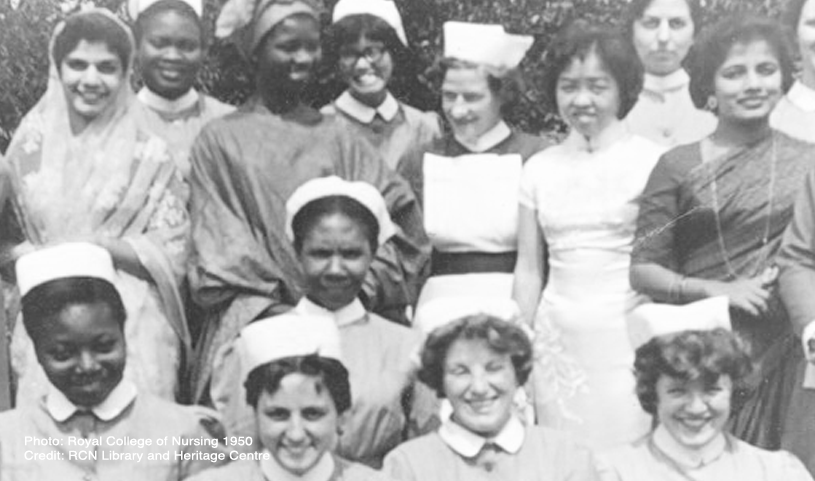 
Progression
Historical overview of the opportunities and challenges encountered by a diverse nursing population. Initial encounters in nursing related to diversity. 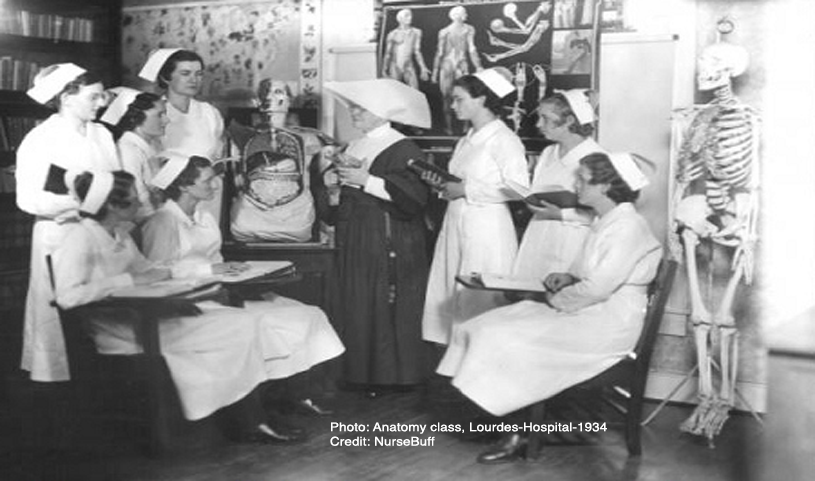 ‍Will conduct a literature review about the politics, policy, and the evolution of degrees programs of nursing education 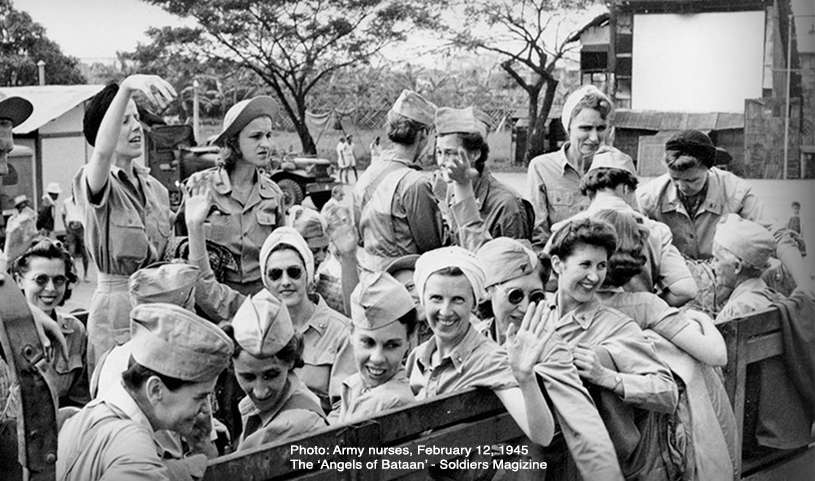 ‍
Theme: “Military Nurses: Remembering their legacy while forging ahead serving others” 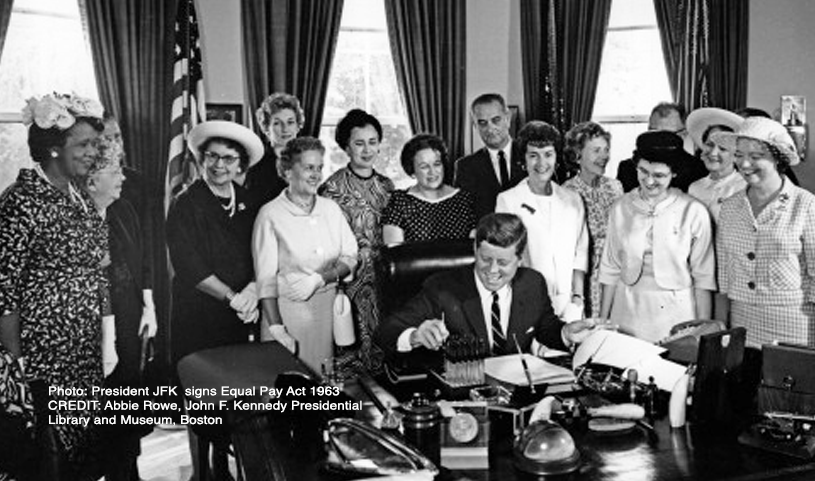 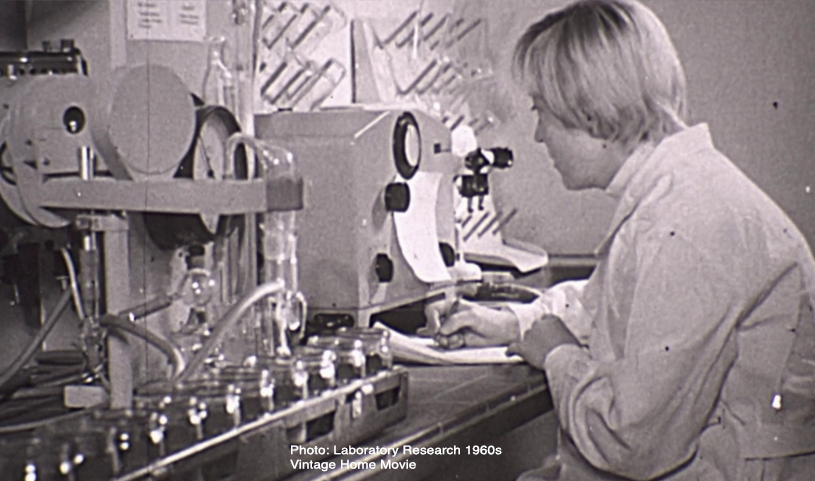 Research Interviews:
‍Nurse Researchers
Will survey institutions regarding nursing research studies and select a few key studies
A  CNO regarding the contribution
A few staff members inspired to conduct research
One or more collaborators in nursing research 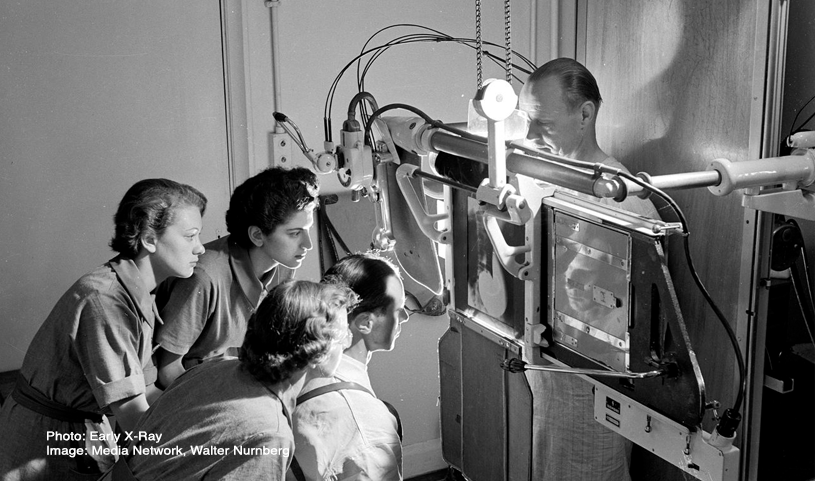 3. Technology Introduction (Software)
a. EHRs, documentation in an electronic format
b. Implementation of EHRs in hospitals
c. HIEs
d. ARRA and HITECH 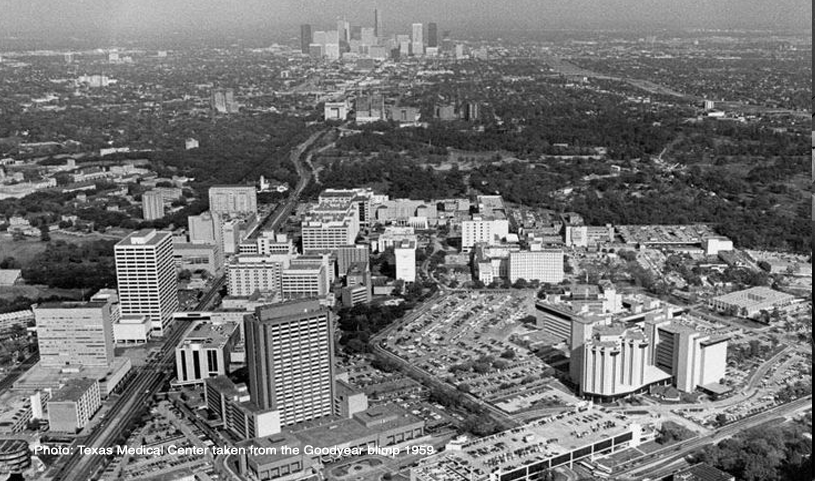 UTMB: 1890
St. Joes (affiliated with UST): 1904
Hermann Nsg School (affiliated with HBU?)
All of the nursing schools segwayed into what would become TMCMaribel knows some people who could be interviewed

Bubble Boy: TCH
Pat Schwartz was one of his nurses during his years at TCH/home. TNA D9  member living in The Woodlands. Pat could talk about the multidisciplinary approach to caring for this patient (MD, NASA, RN, etc…), and particularly about the nurses' role it the overall picture.

Jeanette Kernige
Pioneered  nurses role in cardiothoracic surgery with DR. Cooley at THI/SLEH. She could tell her story about nursing in the 1980s, during the time of innovation r/t work of Cooley and the nurses' role.

The Birth of Shared LeadershipKarlene Kerfoot, CNO @ SLEH in the 1990s. Her efforts led to SLEH being the first Magnet hospital in the SW region of US in 2000. Would like to interview her, but if we cannot, then someone who worked with her during  that time at SLEHA

Dean Starck/Dean Frazier at UTHealth
Dean Starck was the longest running Dean in TMC.
Dean Frazier, current Dean Starck to talk about her 35 years in the TMC and how the role of the nurse had changed over the years. Frazier to talk about the future generation of nursing and where we are going in the profession as it.

Karen Myers; CNO Memorial Hermann TMC. She has 30 years as a nursing leader in TMC. Her perspective on the role of the nurses now and in future.

Chuck Stokes: CEO Memorial Hermann System
He has been in TMC 30 years and would have a valuable perspective as a leader.

TNA is the only nursing organization that lobbies legislation affecting all areas of nursing. It has been active legislatively since its inception in 1907. TNA works closely with specialty nursing organizations on legislation of common interest. The nursing specialty organization members of the Nursing Legislation Agenda Coalition provide significant grassroots lobbying for nursing related legislation. The following is a listing of some of the significant accomplishments of this effort. Probably only a few - certainly not all - of these accomplishments would have occurred if TNA and nursing had not been involved.

There would be fewer pro- tections for nurses when advocating for patients: no right to request safe harbor peer review; no protection when refuse to engage in conduct believed to violate nurses’ duty to their patients; no whistleblower pro- tections when reporting concerns about patient care within the facility or to accrediting agencies, or when reporting other professionals for unsafe care; and no protections from getting a bad employment reference (“nurse does not follow instructions”) when refuse to engage in conduct believed not to be in the patient’s best interest. (1987, 1995,1997, 1999, 2003, 2005, 2007 NPA.)

Nurses would not have the benefit of hospital licensing rules that require 1) nurse staffing levels be set with input from a nursing committee consisting of one half direct care nurses, 2) a written staffing plan evaluated annually on outcomes, and 3) policies on mandatory overtime and floating. (2001: TNA negotiated rule request with hospital association; 2007: committee change)

Texas would not have been the first state in the nation to pass safe patient handling legislation requiring both hospitals and nursing homes to adopt policies minimizing manual lifting. Hospitals would not be required to have policies addressing violence and workplace safety for nurses. (2003: Hospital Licensing Law; 2005: SB 1525.)

Nursing schools would not have received $55+ million dollars to increase enrollments and graduations; there would be no Center for Nursing Workforce Studies to research nursing supply and demand. There would be no $500 tuition exemption for preceptors and their children and nursing faculty would not be included in the Texas Affordable Home Loan Program. (2001-2007: Appropriations Bill; 2001:SB 575. 2003: HB 3126. 2005: SB 132;2007: SB 992.)

There would not be a single board of nursing and single practice act for RNs and LVNs; no potential for a single agency to regulate the entire continuum of nursing care; and RNs and LVNs would not have same advocacy and whistleblower protections. (2003: NPA.)

Texas would not belong to the Nurse Licensure Compact that permits nurses to move and practice in participating states with minimal hassle and expense. (1999: Occupations Code Ch. 303.)

The Board of Nursing would likely have less regulatory authority over nursing education. (1981 and 2007: Defeated attempts to strip or reduce the authority of BON.)

There would be no nursing peer review; no due process for nurses being reviewed. No communication between the Patient Safety Committees and Peer Review to focus on System Errors and emphasis would still be on individual blame rather than correcting system issues that caused errors. (1987, 1993, 2007: NPA.)

There would be no peer assistance program for nurses experiencing problems with chemical dependency or mental illness so they can return to safe nursing practice. (1987: Nursing initiated special statute.)

There would not be exemptions for RNs in the Speech Pathology Audiologist Law, Respiratory Therapy Law, Social Worker Act, or the numerous other allied healthcare professional licensing acts that have been enacted. (1981-2003: Allied health groups engaging new licensing laws frequently want to exclude RNs from performing acts overlapping with nursing.)

RNs would not have the authority to determine death. (1991: Health & Safety Code.)

RNs would not be able to do the nutritional and pharmaceutical components of diabetes self-management training. (1999: Clarifying amendments to HB 982).

Nurses would not have a right to obtain the test results of a patient tested for Hepatitis C or HIV after an accidental exposure. (1999: Amendment to SB 99 to address a nurse’s access to test results.)occupational Tax. Nurses would not be exempted from paying an annual occupational tax of $200.00 like most other professions. (1989: Tax imposed on physicians, dentists, chiropractors, attorneys, etc. but not nurses.)

Nurses would not be able to wear scrubs in the hospital cafeteria or grocery store. (1999: Nursing’s grassroots lobbying helped defeat HB 1530 that would have prohibited wearing scrubs in food establishments.)

APNs would not have Medicaid reimbursement and they would not be included among those providers against whom insurance companies cannot discriminate. (1992: Obtained amendment to Medicaid Plan. 1999: Insurance Code)

APNs would not be guaranteed due process in seeking clinical privileges; would not be included among those providers against whom insurance companies cannot discriminate; would not be assured of their right to be able to document services that they legally provided; and would not be able to perform physicals for cosmetologists and school bus drivers. (1999: SB 1131, HB 1409. 2003: HB 1095.)

RN First Assistants would not be listed among the providers against whom insurance companies cannot discriminate. The circulating nurse would not have to be an RN (2001: HB 803; 2005: HB 1716.)

School nurses would not have the same contractual rights as their teacher, librarian and counselor colleagues and would not be on the same minimum salary scale. (1995, 1999: Education Code.)

The Director of Nursing in Nursing Homes would not be required to be an RN. (1997: Defeated Amendment to Nursing Home Reform Bill that would have permitted a waiver.)

There would be no prohibition against physicians bypassing the RN and delegating the administration of medications directly to unlicensed personnel in home health. (1997: Amendment to home health legislation.)
‍

And the Top Accomplishment!